Get Your Free ‘Close the Camps’ Sticker! 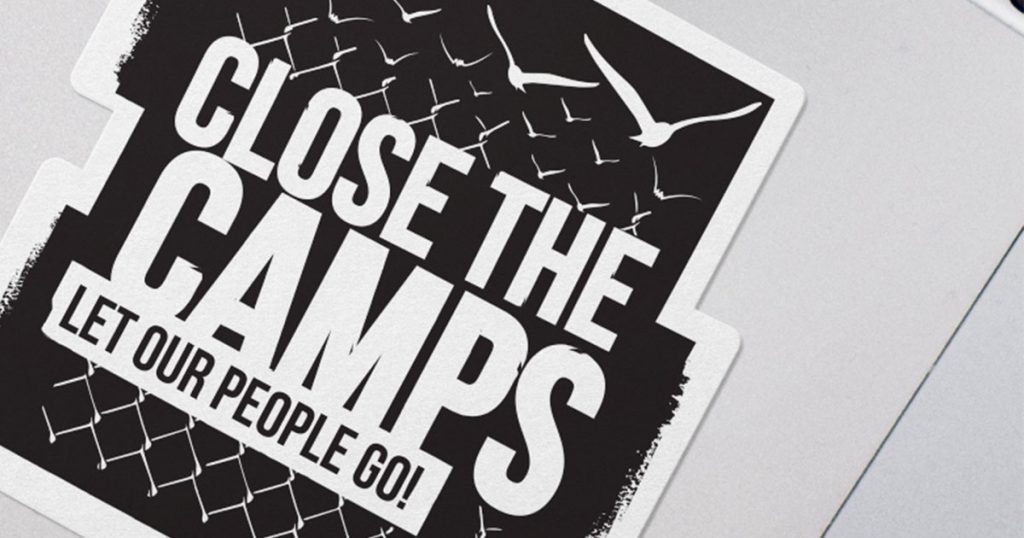 No matter the year, who is President, or what we call these places, we must end the practice of putting human beings in concentration camps.

Thousands of people—including children—are suffering from illnesses and disease, living off slimy and rotting deli meat, and being separated from their families with no promise of reunification or future assistance. Politicians want to hide the severity of this debasement, dehumanization, and death behind media-friendly talking points but we must call out this systemic exploitation of human beings for what it is.

These facilities must be shut down, the people released, and no further funding should be put towards such human rights atrocities.

Are we so unwilling to learn from history?

The solution is humanity, not more concentration camps.

We’re demanding children be reunited with their families immediately and every individual who arrives at our border seeking asylum to be allowed a fair chance at applying for protected status.

But ICE, CBP, and the Trump administration are busy running a disinformation and propaganda campaign to cover up their many crimes and abuses against undocumented people and immigrants. We must take action and fight back.

Enough is enough — add your name today to demand the release of all immigrant detainees and the defunding of ICE and CBP and receive your free sticker*.